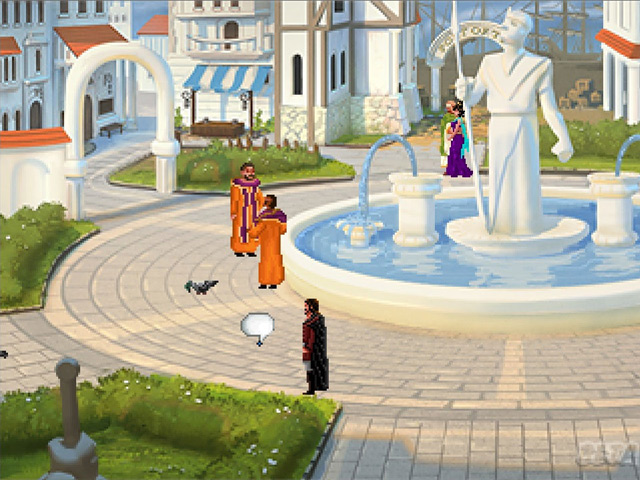 This is a commercial game.

Quest For Infamy is a classic point and click adventure game, in which you assume the identity of 'Mister Roehm' a man trying to start over after running away from a shady past. Welcome to the little town of Volksville only to discover there is so much more going on in the valley than meets the eye! Come along and take a walk on the wild side with Roehm and discover just how infamous you might be.

Quest for Infamy is available to buy from www.QuestForInfamy.com.

A mysterious man from the north arrives into a sleepy valley where there is a little town. He is stuck there because he is on the run from the baron of a previous town. His only way out is to go back the way he came or go through a bridge that stands over the great river that leads to the north and out. He finds himself embroiled in the events that are starting to unravel in that valley.

Just from the screenshots alone, I see this is a good game. May be a while till I decide to play it myself, but I know this'll be a hit with Quest for Glory fans--one might say this is kind of "Quest for Glory--The Dark Side edition".
2016-09-30 13:53:03 by DBoyWheeler
You must be logged in to the forums to post comments.
© Adventure Game Studio 2020. Page design by loominous and Darth Mandarb; coding by AGA.
Page generated on 21 Jan 2020 at 19:37:58